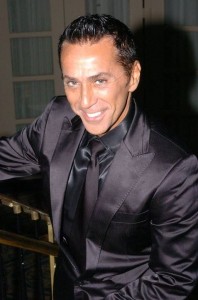 The award winning Ballroom dancer and instructor began life in a much different setting. Vance’s mother was a waitress at a nightclub was the person who gave him an early introduction to music and dance. In early adulthood he went on to attend college on a math scholarship where he studied special education, but this life was not his future. Eventually his life’s path would take over and he would never use his college education to teach special education in schools.

Vance’s life changed in 1978 when he joined a dance studio where he soon became one of the top dancers in Baltimore. A year later he found himself in Oklahoma City as a professional ballroom dance teacher and winning top and highly regarded awards that he would continue winning for seven years.

Forrest Vance is included in an e-book by StyleCareer.com titled “Breaking Into and Succeeding Ballroom Dancer”; written by Jennie S. Bev and Eric J. Leech where you can read in his own words about his life and dancing career.

While Forrest is retired from dancing professional in ballroom dancing he is no stranger to the competition floor. Vance can be found leading Scottsdale ballroom dance lessons dance to others and competing Pro Am with his students all across the world. His one of a kind website is open to anyone who would like to learn ballroom dancing from this teacher whom has won many competitions and who is credited with pushing his dance style to the limit. For his teaching skills, Forrest Vance has been awarded top dance teacher at the United States Dance Championship for fifteen years.

Areas of Expertise: Dancing since 1979, Forrest is a former Specialist, Advanced Teacher, Dance Director, Supervisor, Co-Manager and Co-Owner of a studio. His dance prowess and studio expertise give him a personal wisdom in Coaching and Staff training and certification. He travels worldwide as an Adjudicator, Consultant, Choreographer and Coach of many top Professional, Pro-Am and Amateur couples. Testing Qualifications: All Levels of Certification and Examinations in American and International Styles N.D.C.A., N.A.D.T.A., F.A.D.S., Arthur Murray International-A+B+C+T+ Producer of: “Not Strictly Ballroom”, Instructional Dance Videos in Ballroom, Latin, and Country Western Organizer of The People’s Choice Dancesport Competition www.peopleschoicedancesport.com Currently teaching lessons at The Imperial Ballroom. www.imperialballroomdance.com Email: FVance1@aol.com