Learn to Dance Online For Beginners With Forrest Vance

Forrest Vance lead a very different life before he found his passion. In early adulthood he went on to attend college on a math scholarship where he studied special education, but this life was not his future. Vance’s life changed in 1978 when he joined a dance studio where he soon became one of the top dancers in Baltimore. A year later he found himself in Oklahoma City as a professional ballroom dance teacher and winning top and highly regarded awards that he would continue winning for seven years. 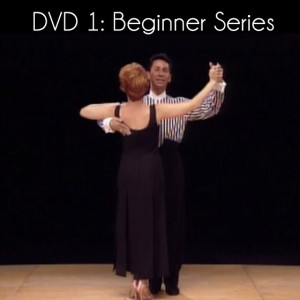 Forrest Vance found his talent and has used it to teach others, including movie stars. Television shows has used his talent as it is incomparable, and can be found often consulting with other professionals and dance couples, leading them to the top. Vance has made it possible for you to learn to dance online at your own pace, in the comfort of your own home. As an winning professional ballroom dancer, Vance makes it easy for you to learn, even as a beginner, how to dance like the stars. His Beginning series include steps 1-7 All American Ballroom and American Latin Style. The DVD series provides instructions on Fox Trot, Waltz, Tango, Viennese Waltz Rumba, Cha Cha, East Coast Swing Samba, Mambo, Merengue, West Coast Swing. Learn to dance online today, with the Beginning Series.